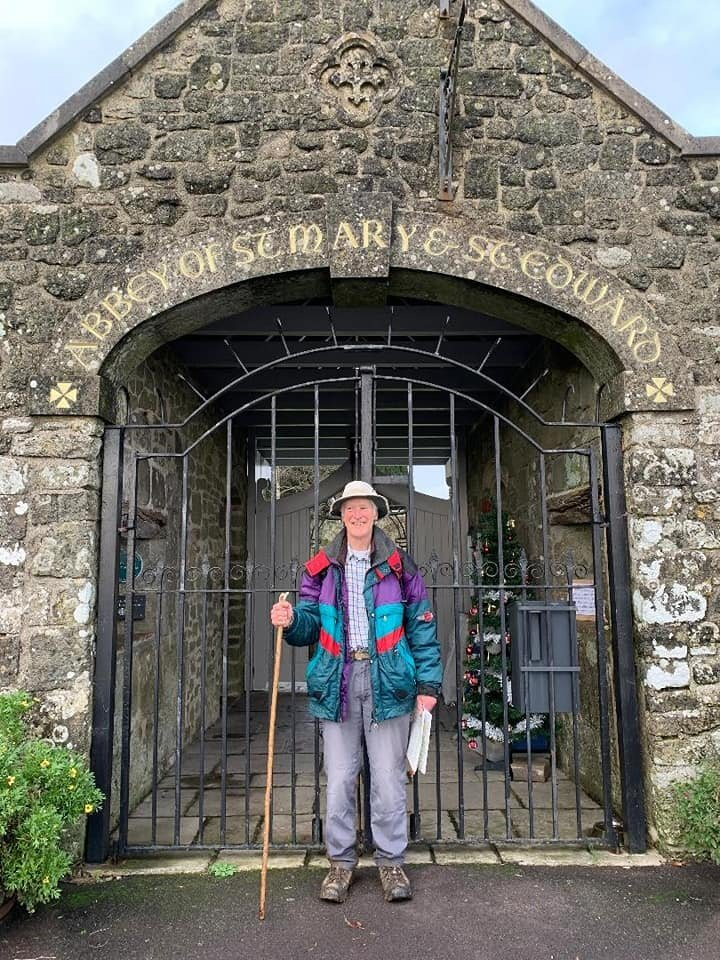 David valiantly completed his walk from Corfe Castle to Shaftsbury Abbey on Thursday 17th December. He was accompanied on his last stretch by his wife Chris and Barry and Linda Stocks. And, and, he even had the energy to follow that up with a magnificent scaling of the towering Melbury Beacon!!!

Over his charity endeavour, David has accumulated a total of approximately 115 walked miles and is of course to be congratulated wholeheartedly.

In case you have not yet managed to contribute, please remember his “Just Giving” internet page can be found at

It will remain “open” and ready to accept your generous gift until January 17th!

A selection of photo snaps from his magnificent adventure are given below in addition to some text extracts from David’s report provided prior to completing the last leg. It elegantly describes some of the trials and tribulations he and his supporters experienced along the way! 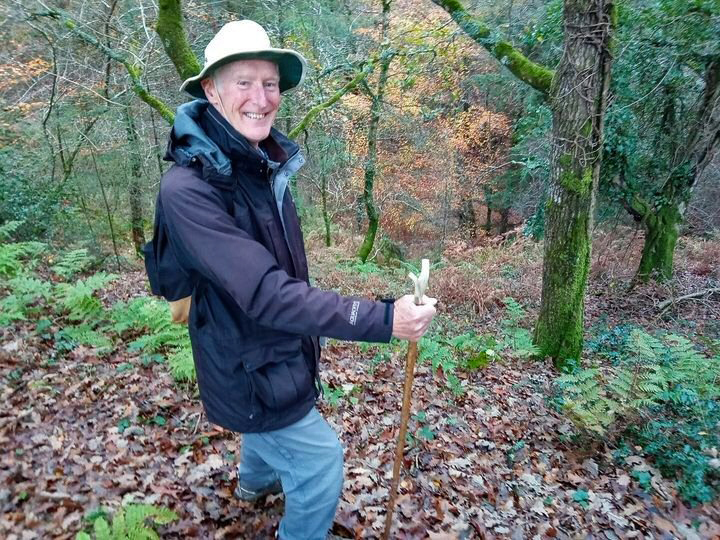 As the song goes: ‘Mud, mud, glorious mud!’ A feature of our journey so far has been mud! Firm or sloppy, shallow or deep, almost black to almost white, well mixed with clay or cow dung – it has all been ‘enjoyed’, and got over/round/through. 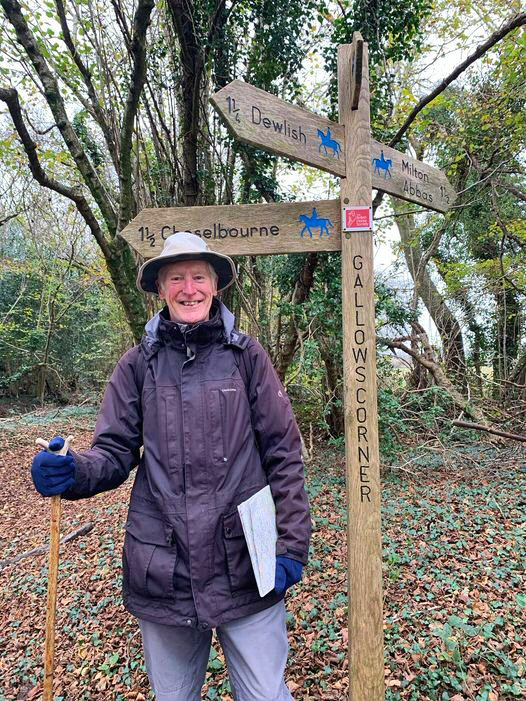 We have traversed river valleys and hill forts, wide flat tracks to steep narrow slippery paths, stiles of all descriptions and stages of decrepitude, numerous electric fences, and passed through or skirted many quaint villages with picturesque names. 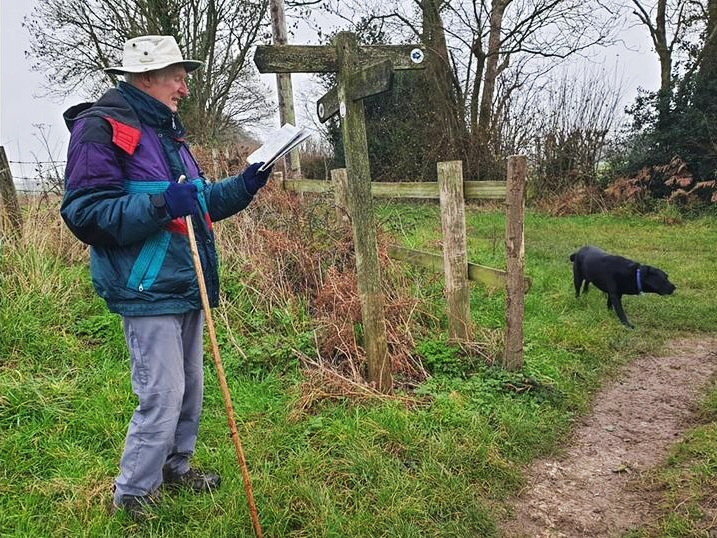 We’ve even walked right through a pheasant shoot – unscathed! 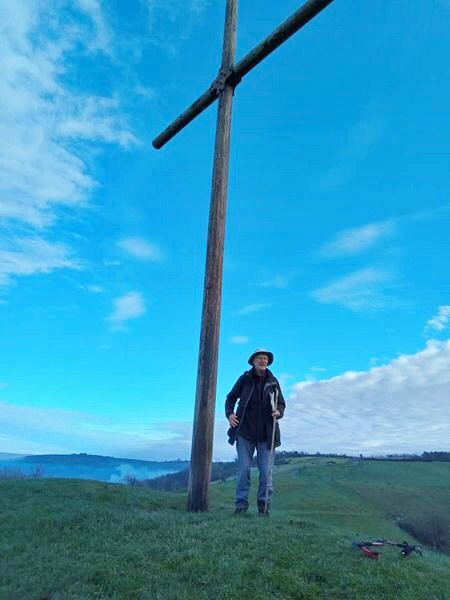 The version of St Edward’s Way we have been following is about 56 miles from Corfe Castle to Shaftesbury, and as each of the 13 sections is a round trip the total miles walked will be about 115. Thank goodness we haven’t been carrying a coffin with the young King Edward’s body in it, as the Saxons were in ~980AD! 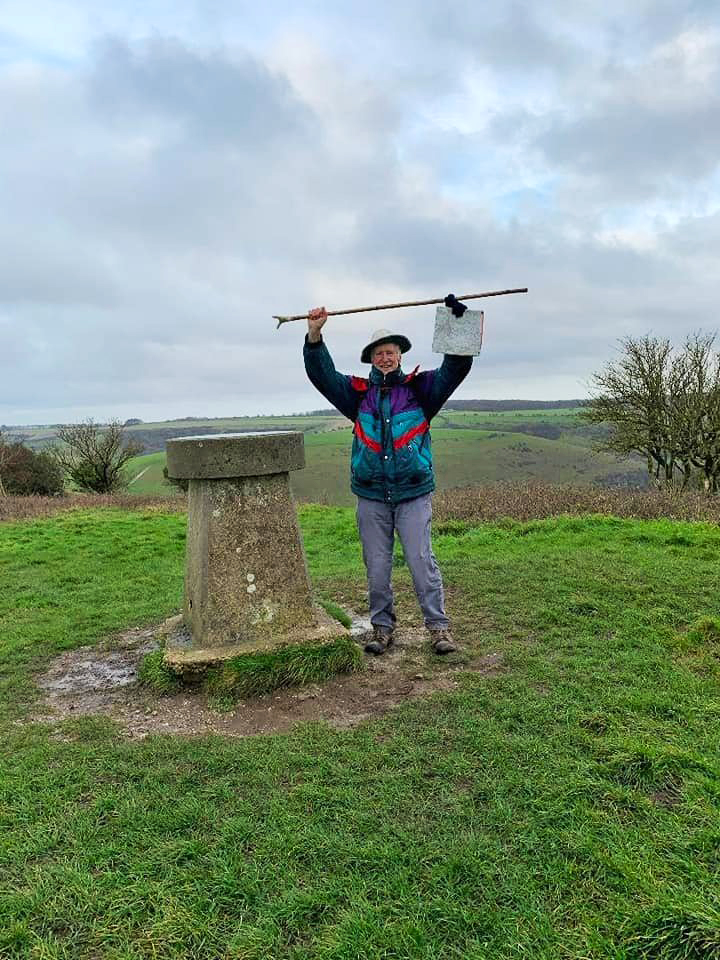